I can’t believe it took this long to get back to watching Haikyuu! But better late than never, right? So I started watching this series back when it first came out (2015), but I was slowly going through it because I was watching with my family.

Of course, after my brother watched it without me because he couldn’t wait anymore, I was left devastated and put the series on hold. Until just recently.

Also, if you haven’t watched S1, I’d say watch it unless you don’t mind spoilers because S1 spoilers are fair game. I also reviewed S1 here!

When it was announced that season 2 was going to be airing, I was pumped because it was going to encompass so much character growth, and some of my favorite scenes of the manga: the training camp and the bathroom scene!

In essence, after Karasuno lost to Seijou at the end of season 1, all the players realized they couldn’t go on the way they were. In order to improve, a majority of the Karasuno players ended up training by themselves, trying out new techniques, and overall trying to diversify their plays so they had options if they were cornered. Their frustration and memory of losing pushed them to become better players and to think for themselves.

If season 1 was all about Hinata and Kageyama being the star players of the team, season 2 was showing us that no, they weren’t. That there were other players, that they were just as great, and that they could only win as a team!

It seems pretty obvious but there is a very obvious change in their plays from s1, where they’d relied on the quicks from Hinata and Kageyama, to how they play in s2. 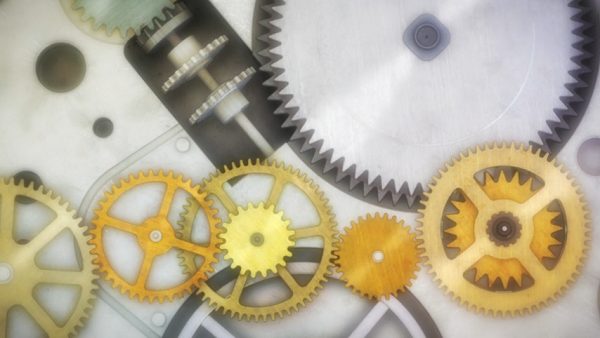 There was a metaphor (is that what it’s called LOL) that Takeda uses in the anime, saying that each of the players are cogs and that they are slowly learning how to fit their strengths together, and that’s really what season 2 is about.

Aside from growing, season 2 also gets us into the tournament again! We meet new teams, meet former teams who have changed because their 3rd years have quit, and face /Dun Dun Duuuun/ old adversaries. It’s actually this part of s2 that I felt was the weakest.

From episodes 12 – 19 Karasuno faces a ton of teams as they work their way up again but there was no real excitement on my part about the matches. They tried to make something about each team relatable so we got a few backstories from the “main” players but I feel it wasn’t enough because I knew they weren’t important. I probably wasn’t going to see them ever again so I just didn’t care.

Aside from individual teams, I also knew Karasuno was going to win because it was at that point of the story. I knew they’d get to face Seijou (ep 20) and I knew they were going to beat Seijou at a 3 set game. It couldn’t be in 2 sets because the last time they played together they had to do 3 sets (plus, they’re one of the powerhouse teams so it wouldn’t make sense to make it in 2).

So was there anything I really liked? Yup, and it’s this little baby right here!

One of the things that made some of those matches, especially the one against Seijou more exciting to me was Yamaguchi. Since the beginning, he’s always been this background character that’s always by Tsukishima’s side. They joined the team together and we know they’ve been friends since elementary school. Plus, they’re close enough where Yamaguchi can call him Tsukki.

That’s really who he was. Nothing more.

Then he started practicing and learned the jump float serve. In s2 he makes me so PROUD and I was so happy to see his growth as a player and an individual (though I still think he can try harder, no more degrading thoughts my child ;-;).

In the series, everyone says he’s only on the team because of his serve (and without he’s nobody) so I really want him to develop his overall skills and show everyone that he IS a somebody.

I mean, look at these Seijou girls cheering for Yamaguchi too!!

And speaking of some of my lovelies we also get some Tsukki backstory and an inside to his way of playing volleyball! While we did get some development for this guy (he actively asks his peers and Ukai for help), it was like being teased. I’m sure we’ll get more of him in s3 so I am PUMPED. Because as much as I love Hinata, I can’t expect him to win at all positions.

Tsukki is going to be one Fine mid-blocker!

Overall, I did enjoy watching this and definitely recommend picking up the series. If I had to rate it, I’d say it gets a 7.5 for Good (maybe even an 8 for Very Good).

It was really great to see a new Karasuno playing (they have so many new plays in their arsenal now, it’s GREAT) but it didn’t feel as Hype as s1 had. I think it might have been because Karasuno is now in league with the powerhouses they were struggling so much to beat in s1. The games moved quicker, there weren’t as many explanations for things, and the difference in skill didn’t feel as apparent as before.

Plus, there’s the knowledge that the 3rd years are going to be quitting soon so there’s that feeling. We do end up getting a new 1st-year manager and she’s actually pretty funny! I won’t say she’s a favorite character or anything, but I like how she helps manage the team and even brings out some of Shimizu’s awesomeness.

4 thoughts on “[Review] Haikyuu S2: Gearing up for the Spring Tournament Finals!”